In this ‘KaliYuga’ the remembrance of the Lord’s name is enough to win His grace and attain liberation from the cycle of life and death.

“Those who sing Bhajans get what can be called ‘double promotion’ for they derive joy and distribute joy. You can relish the Bhajan as you make it a daily function, like eating and sleeping.

If today, thousands of devotees are able to learn and sing Sai bhajans in their Sai Centres in Tamil Nadu, it is because of the dedicated work of a group of trained men and women known as the “Sundaram Bhajan group” who have been picked, nurtured and guided by Swami Himself during His numerous visits to Sundaram. It is this group which apart from singing in the holy Darshan hall of Sundaram on all Thursdays and Sundays, also has been regularly releasing bhajan cassettes and CDs since 1985.

Till date, 59 volumes of Sundaram Sai Bhajans in Audio cassettes and 19 (?)volumes in Audio CD have been released (to be updated)

Sundaram Sai Bhajans known for their quality, purity and melody, the Bhajans of Sundaram have literally taken the spiritual practice of chanting the Lord’s Name with music and feeling to a new level. 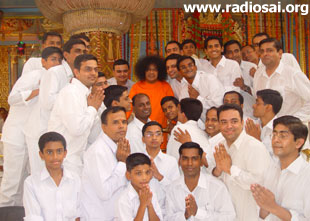 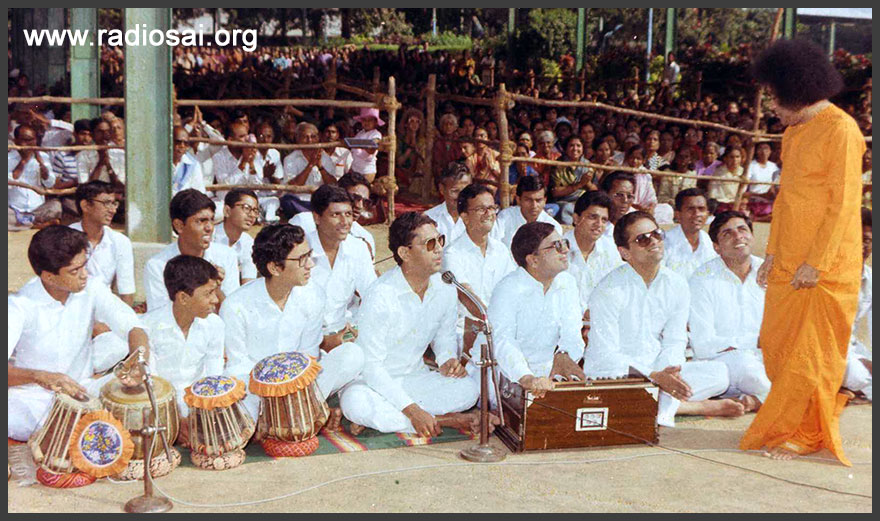 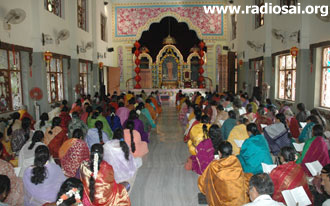 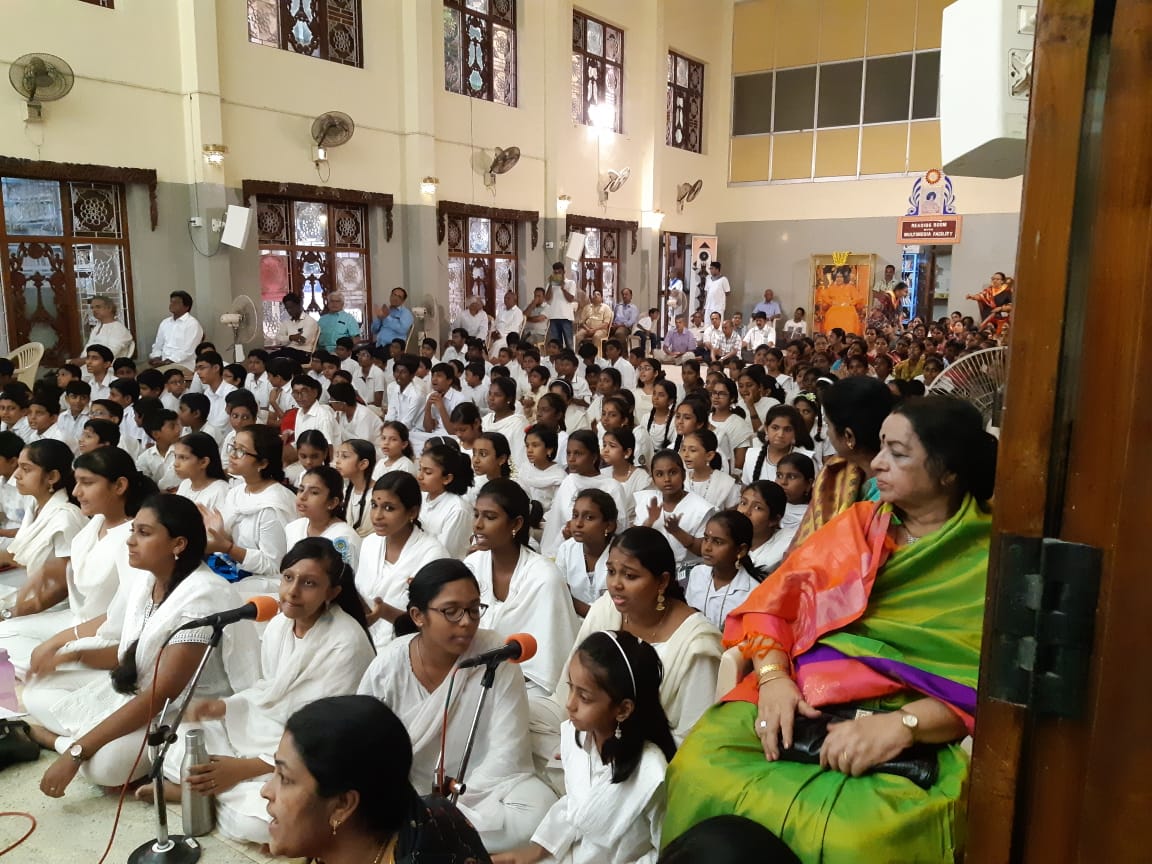 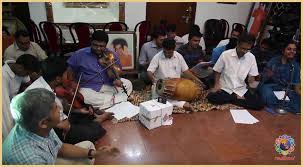 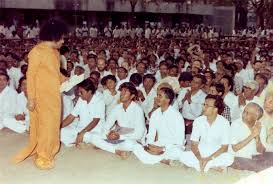 Bhajan vikas is a unique training program designed to induce the Bal Vikas children to understand the significance of bhajan singing and its basic requirements. It is a 12 weeks program and is being meticulously conducted for the last 9 years from 2010 to 2019 in Tamil Nadu. Bhajan Vikas is the first of its kind initiative started by Tamil Nadu State in 2010 for Bal Vikas boys and gradually the training was extended by mahilas to include Bal Vikas girls as well.

While Bhajan Vikas course aims at imparting the melody aspect or the singing part of Sai Bhajans for the Bal Vikas students, the Bhajan Vikas ‘Laya’ course endeavours to impart basics of talam and tambourine playing so that the students understand and appreciate the importance of talam, and effectively accompany the Bhajan singer on tambourine.

Students are assessed based on attendance, punctuality and Sadhana Score/p>

Sai Pancharatnakritis training and rendition at Prashanthi Nilayam and Sundaram.

This is an offering of traditional Carnatic music to Bhagawan by renowned musicians across the globe on the Aradhana Divas (24th April). The Sai Pancharatna Kritis are special Carnatic compositions describing the life story and the glory of the Sathya Sai Avatar. They were first presented at the lotus feet in the year of Swami’s 90th Birthday on Aradhana Day 2015. Since then, every year on Aradhana day, these Kritis are offered at the Lotus Feet by the Carnatic musicians and singers from Tamil Nadu who are also joined by devotees from all over the country at the sanctum sanctorum of Bhagavan in Prashanhti Nilayam.

Kutu Vilaku Pooja conducted across all the districts in the month of August towards worship of Goddess Devi. Women form groups and perform Pooja to the Vilakku which they worship as Goddess Devi, the Goddess of prosperity , Wealth & Happiness. The three Gods Bramha, Vishnu and Shiva are believed to be present in the Vilakku. The Glow of the Vilakku is represented as Goddess Lakshmi,the Light by Goddess Saraswati and the Heat by Goddess Parvati. The five petals or nozzles are also said to denote the five main elements are supposed to represent the five elements of Nature — earth, water, fire, air and sky or space. The five nozzles are also said to denote the five main elements needed for a successful life — health, wealth, learning, courage and longevity